You are here: Home / Children & Adolescents 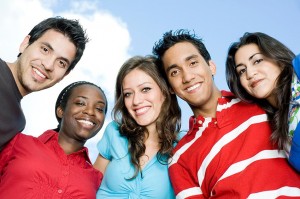 Typically the realm of mental health treatment is foreign and perplexing for parents. It’s often difficult for parents to discern if their child is undergoing normal developmental phases or if their child needs professional attention. When parents suspect that there is a problem, it’s difficult to know how to move forward and know who to turn to.

When to seek treatment for a child or teen

Though parents are commonly the first to notice their child might be having a problem, they usually struggle to decide if the problem is temporary of in need of professional attention. To better grasp the situation, parents ought to talk to other adults in their child’s life in order to receive a wider picture.

The following are some signs that suggest the child may be struggling:

You should seek professional help and guidance for your child when the child’s symptoms and behaviors:

Questions you should ask about these symptoms include:

The reports by the U.S. Surgeon General and the New Freedom Commission on mental Health offer great hope to the millions of children and adolescents living with mental illness and their families. Living a productive life is possible for children and adolescents if the mental illness is properly identified, evaluated, and treated. Success is graspable in school, work, and in family life. unfortunately, majority of children with mental disorders fail to be identified and the lack of treatment and support results in a lower quality of life.

Consequences of Untreated Mental Disorders in Children and Adolescents

Early Identification, Evaluation and Treatment are Essential to Recovery and Resiliency